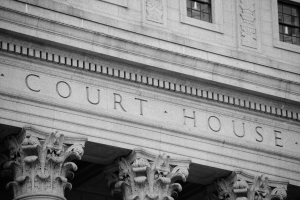 For a brief time, it appeared as if plaintiffs in Missouri would be able to receive full compensation for their injuries. Unfortunately, this ruling from Watts v. Lester E. Cox Med. Ctrs did not last. SB 239 (codified as 538.210) modified medical negligence in Missouri. The act eliminated the common law cause of action and replaced it with a statutory cause. Furthermore, it caps damages in medical malpractice cases as well. Non-economic damages are limited to $400,000 unless catastrophic personal injury has occurred, in which case they are limited to $700,000. These figures will increase by 1.7% at the beginning of each year. Understanding these issues further and the other effects of SB 239 is crucial to Missouri plaintiffs.

SB 239 was signed into law on May 7, 2015 after being passed on by the Missouri legislature on April 21, 2013. The law became effective on August 28, 2015 and was proactive, meaning that it cannot be applied to an injury for medical negligence before that date. The Missouri Constitution prohibits retroactive legislation.[1] The only exception to this is when a substantive right is not affected by the statute.[2] Given that the SB239 affects available damages this is not the case. Missouri courts have explicitly noted that a change in available damages is a substantive right.[3]

As mentioned above, the SB 239 does not apply to cause of actions for medical negligence before its effective date of August 28, 2015. This is because Klotz determined that the substantive right to available damages vests at the time the injury arises, not time of filing.[4] However, wrongful death claims may be affected, as they are a separate and distinct claim from medical malpractice.[5] Wrongful death claims arise at the time of death, rather than the time of injury.[6] Thus a claim for wrongful death may be under 538.210 if the death occurred after August 28, 2015; even if the injuries which caused death occurred before that date.

“[t]he elements of such cause of action are that the health care provider failed to use that degree of skill and learning ordinarily used under the same or similar circumstances by members of the defendant’s profession and that such failure directly caused or contributed to cause the plaintiff’s injury or death.”[7]

These are essentially the same as under the common law cause of action. The only difference is  that the word “directly” has been inserted before “caused or contributed.” It is unclear at this time if courts require a new instruction to be created due to this.