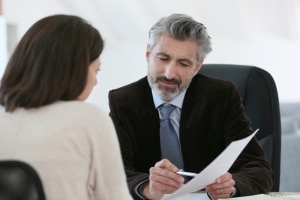 So what does this rule against undue interference typically mean? It means that instructing a witness not to answer is seldom appropriate. In fact the Missouri Rules of Civil Procedure specifically state that, “[e]vidence objected to shall be taken subject to the objections.”[2] This is due to the fact that,

The witness in such cases is not the judge of what is relevant and irrelevant. It is his business to answer the questions propounded to him unless they invade his personal privilege as a witness. The question of relevancy or propriety of the examination is for the court to determine, and, where a witness constitutes himself the judge or what is proper evidence, he takes the risk of being adjudged in contempt and punished accordingly.[3]

Counsel should only instruct the client not answer if privilege is at stake.[4] Even a protective order is more appropriate than limiting the scope of the deposition.[5]

The degree with which objections in depositions are disfavored is very clear. Courts have noted that, “[t]he harm caused by being required to take additional depositions of a witness who fails to answer based on an improperly asserted objection far exceeds the mere inconvenience of a witness having to answer a question which may not be admissible . . .”[6] It has been further noted that, “[t]estimony taken during a deposition is to be completely that of the deponent, not a version of the testimony which has been edited or glossed by the deponent’s lawyer.”[7] Instead depositions are intended to be like question-answer session.[8] An attorney “may not make any comments, either on or off the record … which might suggest or limit a witness’s answer.”[9]

Despite all this evidence disfavoring objections, many times defense counsel will still attempt to prevent their client from answering. If this happens, plaintiffs have an obvious remedy to rectify the situation. Plaintiffs should move to compel an answer from the witness. If this motion is granted then the court “shall require the party or deponent whose conduct necessitated the motion or the party or attorney advising such conduct or both of them to pay to the moving party the reasonable expenses incurred in obtaining the order, including attorneys’ fees,”[10] unless there is an allowable justification. Given the limitations to preventing a witness from answering, few justifications will suffice.