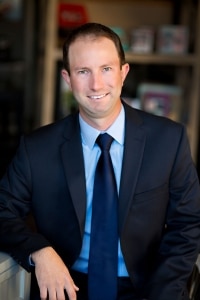 Jonathan Steele has dedicated his career to representing people injured or killed in a nursing home. A graduate of University of California, Berkeley, School of Law, Jonathan was thrust into nursing home litigation after witnessing his grandma’s abuse at a nursing home caused by understaffing and untrained employees.

Since that time, Jonathan’s practice has focused exclusively on representing victims of abuse and neglect. Jonathan believes that by holding nursing home companies that promise to care for the vulnerable accountable, we can improve care for everyone.

Prior to founding the Steele Law Firm, Jonathan practiced at an international litigation defense firm in Chicago, Illinois and then Kansas City, Missouri. There, he argued cases in state and federal courts across the country and represented some of the world’s largest corporations and insurance companies. Knowing how the biggest corporations and insurance companies try to hide documents and witnesses to avoid responsibility for their actions creates a huge advantage in preparing a case for trial and ensuring that each family receives full justice.

He is a member in good standing of the Kansas, Missouri, and Illinois state courts and the United States District Courts of Kansas and Missouri.